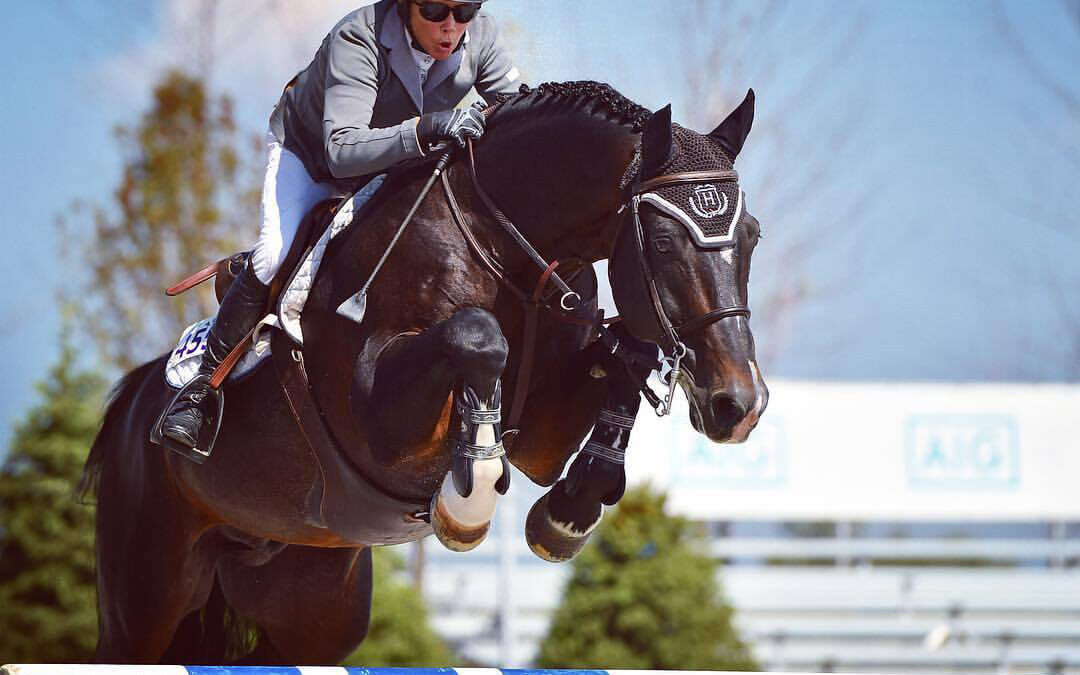 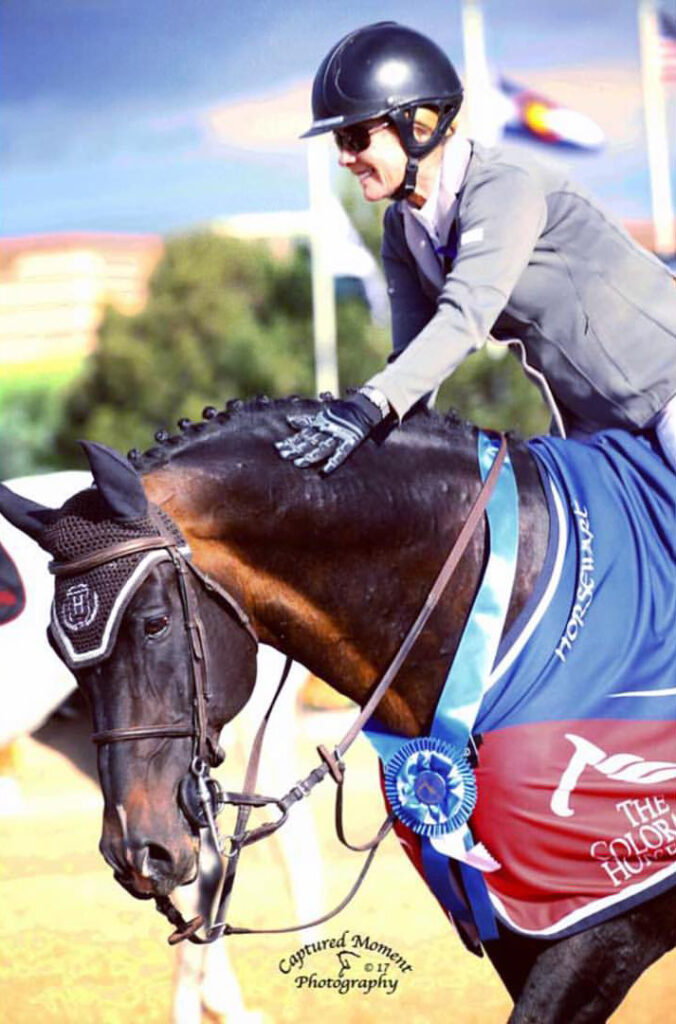 Each year, the Minnesota Harvest Horse Show honors an “old horse” who has given their all in the show ring to the of delight spectators, riders and owners. In 2019, the focus was on the Cudmore’s “Southern Pride” and his Grand Prix adventures – many of which the MN Harvest Horse Show was honored to share with him for so many years.

Karen Cudmore of Heartland Farms in Omaha, NE, owns the Holsteiner stallion (South Pacific—Blanka, Caretino), bred by Joan Irvine Smith. “We bought him as a yearling after seeing him free jump and we just knew that he had an immense amount of talent and scope,” Cudmore said, explaining how they came to find Southern Pride. “He became a lovely horse to ride as a five and six-year-old. However, the power in his jump made him hard to stay with.”

“He was great to ride but he would jump so high over the jumps it was hard to stay on sometimes and stay with him,” she said, “but as the years went on, he toned it down a bit and got a little more speed, but he is still a super careful horse.” His jump never goes unnoticed in the ring, with more clear rounds than not, the power he holds is unprecedented. 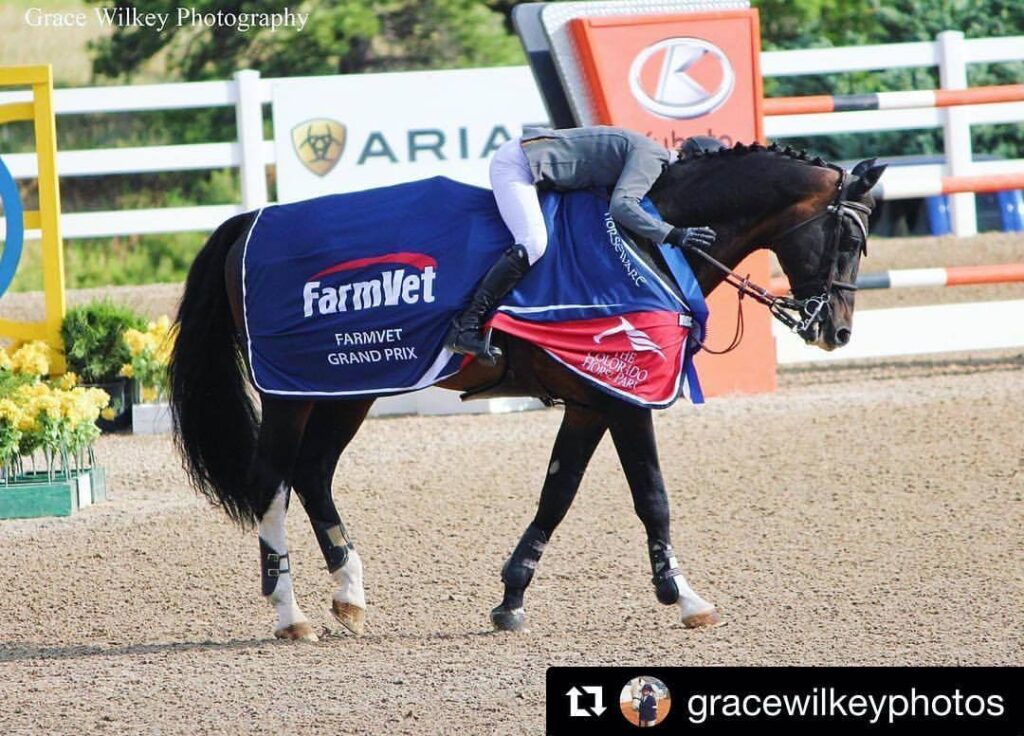 Explaining how he is to ride, Karen said, “He’s the kind of horse that you ride with a little bit of leg, but he also has a good motor in him; he’s a little bit of everything. But, every time you get to a jump, there’s no better feeling…the power you feel in that jump is incredible.” The tone of admiration for her incredible stallion after the many years she has owned him shows how close Southern Pride has come to her heart. Called “Gorgeous” at home, he definitely embodies that name with his stunning conformation and classic, strong, stallion look. Enjoying treats, he has a sweet personality that makes him pleasant to be around on the ground and while riding. Southern Pride is a ‘one-of-a-kind’ horse. His jumping style makes him a crowd favorite and his canter causes an audience to stare in awe.

Cudmore, who runs Heartland Farms along with her family in Omaha, Neb., credits careful management and her horse’s solid conformation with helping him stay sound over a long career. “He’s super well put together, and that helps him hold up. We pick and choose our shows care¬fully. I trail ride him every day, and the hills and elevation really get him fit,” she continued. “Obviously I have good vets and staff. And he’s treated like family. If he wasn’t enjoying his job, if he wasn’t giving me that quality of jump, I’d know he didn’t feel good and didn’t want to go,” said Cudmore. “I know this horse so well.”